The following  video clip shows an early morning preferred area of rising motion over a pond (pond not visible).  Airflow converges toward the warmer air above the pond leading to upward motion. 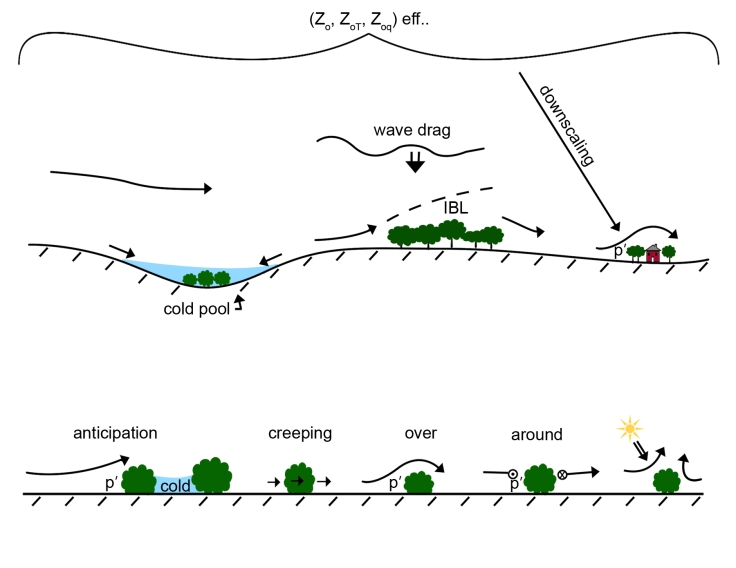 The bottom of this sketch focuses on smaller scale variations choosing an individual bush as an example.  If the bush is sufficiently dense,  flow approaching the bush may lift over the top through a local pressure perturbation.   If the air between the bushes is colder, as might occur on a clear night, the overriding air does not mix down to the surface. If the air is moving very slowly, the perturbation pressure is too weak to deflect the air and it “creeps” through the bush.  If the air is strongly stratified as on a clear night with weak winds, the airflow can no longer lift over the bush and flows around it.  In the daytime with clear skies and very weak winds, individual bushes can induce upward convective plumes, particularly if the evapotranspiration is not too large. 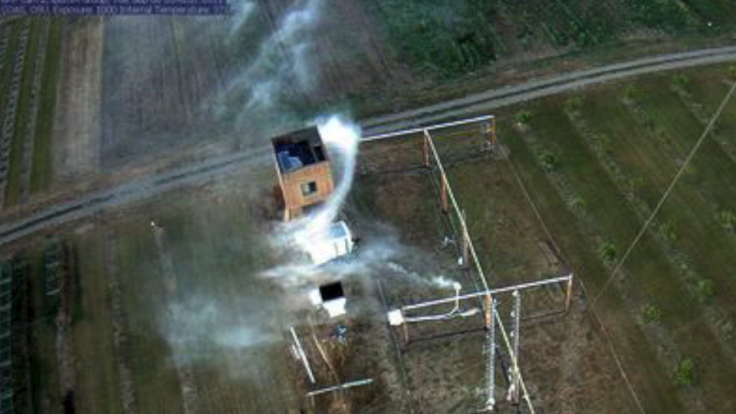 Flow of natural fog over an obstacle.